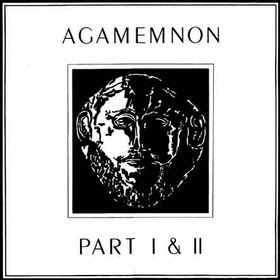 Similar to other slow moving German/Swiss symphonic groups of the day like Waniyetula (known by most folks as Galaxy on LP), Albatros, early Faithful Breath and Indigo. According to the liner notes of the LP, there was supposed to be a Part 3 & 4, but guess they lost interest in ol' Agamemnon!

I bought this from Eurock back in the late 1980s, when they were carrying a lot of these obscure German and Swiss albums. I didn't know any of the names at the time, but I tried a few anyway. Garden of Delights has been pretty successful in getting these types of albums out, though they haven't jumped into the Swiss symphonic scene just yet.

Priority: none
Posted by Purple Peak Records at 8:39 AM