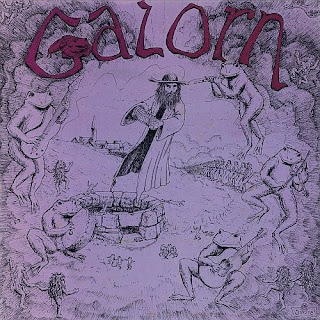 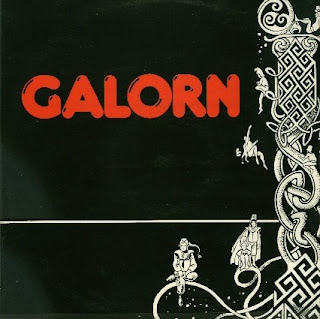 This one comes in courtesy of StrawbsFan, who has sent in a nice batch of folk and electronic rarities that we'll also be covering this month.

Galorn are one of many participants in the 1970s/80 Breton folk scene. I haven't really focused too much on the genre for the CDRWL (though I own my share of Malicorne albums), but I do have some peppered throughout the main list and a few more featured on the blog. And while the music is no doubt folk first and foremost, there are underground progressive elements in all of these albums to crossover to our interest area. I'll probably pull a few more out to feature over time.

I've only heard the first album to date, but it's on the darker side of the genre. This isn't gather by the campfire and put-your-hands-together music. Rather these are musical representations of the mystical Dark Ages. The kind of sound that might keep you up all night if you're easily spooked. Violin, flute, acoustic guitar, hand percussion and bass make up the instrument palette, and the atmosphere is misty and haunting. The album cover itself (top one) gives a pretty good idea of the contents within.

Priority: none
Posted by Purple Peak Records at 6:35 AM

Thanks Tom. I am glad you enjoyed it.