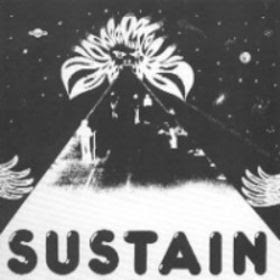 As mentioned on the Rhea spot, I realized I never posted about Sustain. It's definitely not a big deal, but given its rarity, I should at least put the word out. I first heard the album about 7 years ago, and had it buried in the main list.

Sustain's debut is one of those big time rarities that have collectors turning every stone over for. And when you finally here it, you go "What? That's it?" Sustain are about as generic as it gets. Slow to mid tempo rock/jazz tracks, amateur thin production, slightly spacey textures, poorly executed accented English vocals, some mild sax and guitar leads. I suppose if you listen to some other Dutch/Flemish albums from the era, like Flyte and Isopoda perhaps, you can get an idea of their sound, though not as professional as either. It's not that it is terrible or anything, but it's hard to imagine ANYONE getting too worked up about it. It's just so... so.... so....

Priority: none
Posted by Purple Peak Records at 9:16 AM