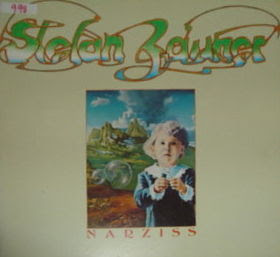 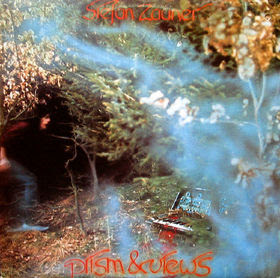 So now I have 3 monsters to tell you about (coming soon!), plus one goodie I heard last night that I should be able to post about tomorrow (I need to hear it one more time). Anyway, let's continue the clearing house of the main list. I really don't care for these Zauner albums much, but I don't think they're worthless either.

Zauner was a figure involved with the late 70's Amon Duul II albums, and that's clearly not at their best stage. With that in mind, Zauner's own solo albums show enormous potential but fall considerably short. Narziss is the more interesting, as it features German lyrics and more quality synthesizer solos ala Banks. The tone of his voice and the overall structure of some of the compositions point to a love of the early 70s Genesis albums. But there are far too many other elements at play here to call this a progressive rock album - mostly it's straight ahead vocal rock. Prisms and Views falls further down the drain, now singing in English and pretty much tossing all progressive ambitions out the window. I owned this record many years ago, and sold it as quickly as I bought it. This revisit proved that was not a mistake.

Priority: none
Posted by Purple Peak Records at 9:00 AM