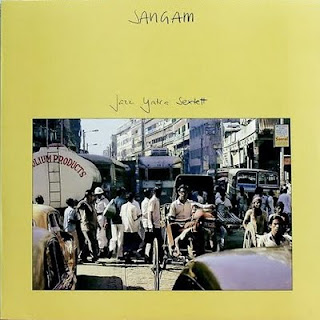 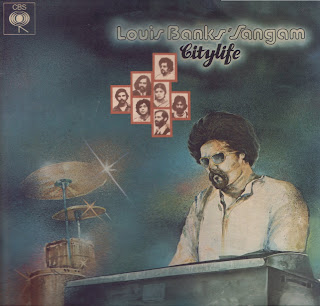 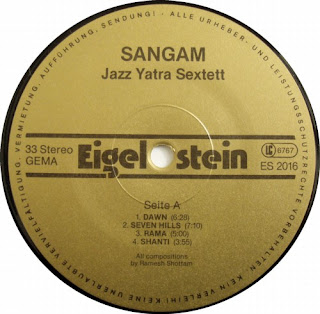 Oh man, I'm so far behind. There are so many great rarities to talk about, but I'm struggling to get up for air and hear them. The Alaskan Connection has turned in some mighty fine gems in the last few weeks - which I'm sure most of you will be interested in. As mentioned at the beginning of the year, the real job is starting to heat up, so time is becoming an even more precious commodity. OK on to the show - let's see if I can get a few of these out anyway.

Back in the 1980s, one of my favorite discoveries was Embryo's Reise (1980 Germany). Embryo was only a name I'd seen in passing to that point, and so I took a chance on this sprawling double album that documented their musical and literal journey through Afghanistan, Pakistan and India. Even to this day, I think it's one of the most successful East meets West blending of styles. A true fusion of cultures. Back then, I had presumed perhaps there may be similar bands from the regions they had ventured to. 25 years on, without much evidence to support that theory, I had pretty much given up hope.

Until The Alaskan Connection sent in this gem from Louis Banks' Sangam. Certainly I'm familiar with L. Subramanian, Vasant Rai and others, but its clear right from the get-go that Banks' album is different - much more of the underground rock fusion that Embryo had provided my ears years earlier - and as you will read below, that is not coincidental. Not all of the ideas on the Sangam album work or flow perfectly, but it's exciting to know that an indigenous artist from India was exploring the vast reaches of the 70s jazz and rock underground.

Here are the fantastic "liners", as it were, from The AC:

CBS: IND 1006, 1982, UK
"Louis Banks (real name Dambar Bahadur Budaprithi), is an Indian jazz pianist who's worked with some of the big names in the jazz/fusion scene, including John McLaughlin. In the early 80s he got together with percussionist Ramesh Shotham and a group of musicians from the Karnataka College of Percussion to form the band Sangam, with the clear goal of mixing jazz-rock fusion with the virtuosic traditional music of India. They went on tour in Europe, and ended up collaborating with Embryo, who Shotham (the composer of all of Sangam's material) would play with off and on throughout the 80s. The group apparently didn't stay together for too long, but their album, recorded in Munich and co-produced by Christian Burchard, is a great piece of classic jazz-rock/ethnic fusion that has remained surprisingly obscure, despite its notable lineage. The first side is dominated by a massive, nearly side-long track, reaching a frenzied level of intensity that will leave your head spinning. Things calm down and get a bit moodier after that, but the standard remains very high throughout. Now, the strange thing here is that there are actually two different versions of this album. The first was released on the small German label Eigelstein under the title "Jazz Yatra Sextet", followed less than a year later by the CBS version reviewed here. Having heard both of them, I can say that the track orders are completely different, as are some of the track lengths, although the recordings themselves seem mostly identical. I'm only speculating here, but I think what might have happened is that once they received a little bit of exposure in Europe and got signed to a major label, they decided to re-arrange the material a bit to better suit their liking. However, the CBS version actually seems to be the rarer of the two, oddly enough."

Not listed in RYM (oh good, it's there now - Isabel added it!)

Priority: 3
Posted by Purple Peak Records at 7:18 AM

And I updated RYM with these reviews. Good team work! :-)