News: Maloo All About the Things reissued on Made in Germany 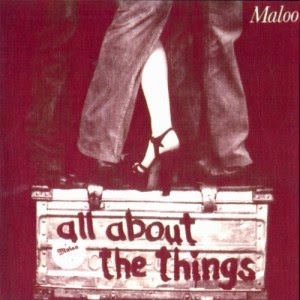 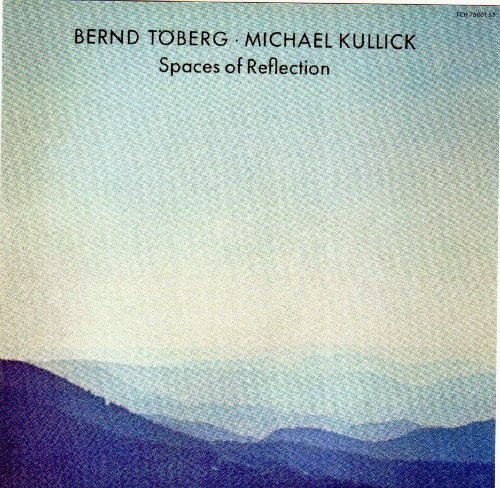 And here's the second notice from Grant. I have to admit this is one announcement I flat out missed. I saw it - oh yes I did - and just ignored it. Not sure why, as Maloo is in the main list (notes below), though I never gave it a feature. It's been a long time since I heard the album and it was in the stacks for the CD-R revisit project. The good news is, if I find it more agreeable than prior, now I can buy the CD from the always excellent Made in Germany label!

Finding information in English about this reissue has proven tough. But from what I can gather, this is a 2 CD set of related artists. Spaces of Reflection is from 1976, and is a new title to me. It appears to be a free jazz album if the notes below hold true. And predates 1977's Maloo effort. With trusty aid Google Translate by my side, I will attempt to decipher the label's hype sheet, and edit accordingly:

The duo with Bernd Töberg (g) and Michael Kullick (dr), was throughout this creative period (1974 - 1976) strongly influenced by the 'Coltranschen freedom' (ED: We'll guess this means John Coltrane here). With this particular style of jazz, to make the total improvisation as the heart of their work, it was the exceptional duo's first time to explore further a random harmony instrument. The high art of improvisation, and the dense congenial interplay of guitar and drums, that comes along thematically most melodic and rhythmic, has been able to unite in a progressive fashion, modern jazz, rock, blues and free improvisation itself.

ALL ABOUT THE THINGS

By mid-1976, however, the duo had taken on a musical change. Because the new works were now composed with complex issues and an extended functional harmony, and did not want to play again and again to the absolute power limit, the duo has been extended by a bassist for a new trio named 'Maloo'. With Wolf Struck on double bass, the new songs could now be played much more relaxed. With the addition of another electronic instrument (Moog Synthesizer), it was possible to insert the new compositions with advanced sound textures to create even more space for the artists. The album was produced by REINHOLD HEIL who at that time studied at an engineer school in Berlin. He was a member of the jazz-rock band BAKMAK and went to NINA HAGEN BAND and SPLIFF later.

My own notes on Maloo stated (again, it's been a few years, so I do want to hear it again): "All instrumental light jazzy rock. Rhythms are pure jazz while the guitarist noodles away with a slight amplified tone. At times, I was strangely reminded of Harmonia's "Deluxe", though Maloo are entirely different genre wise. It's just the way the guitarist meanders about, similar to how Rother would do on occasion. Not a great album by any means, but one worth a listen or two if you appreciate jazz guitar with a rock edge."
Posted by Purple Peak Records at 8:23 AM