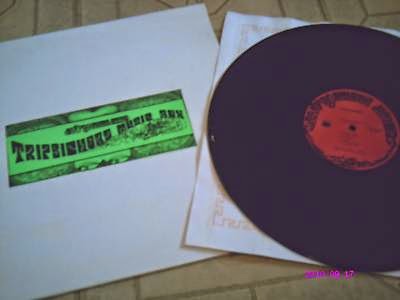 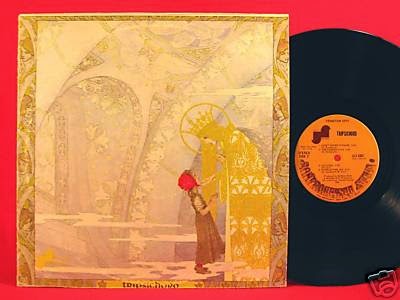 Here's a title I never thought to enter into the CDRWL. I came across it during this week's CD-R revisit project, did some homework, and realized this one is like so many of the classic American psych albums before it - nothing but pirates and shady types. I first heard this album via LP in the late 80s. Yet another one of those awful muffled white label bootleg jobs that held back my musical progress by 5 years. Eventually ended up with a decent cassette dub that now sits on this CD-R. I was all set to buy the CD too when... ugh.

The band is usually known by the title of the album - and it is in fact their original name. They had shortened it by the time of this recording (in 1969) to just Tripsichord. The first copy you see is the actual original and probably sits in the SFMOMA it's so rare. The second copy is the more common one, as the relatively large American label Janus picked up the rights in 1971 and released it all too late for anyone to care by that point. Hence its rarity today.

Musically it falls squarely into what was popular in San Francisco in the late 60s. More commonly known as the "West Coast Sound". It's a mix of hard edged psych and jangly rural pop songs. The latter has always been a turn off to me, but The Byrds were an enormous influence in those days, and that was the mix they brought forward to great popularity. Tripsichord's needle moves more towards the psychedelic, and features a few great tracks that you want to hear over and over. Enough so, to award it a: