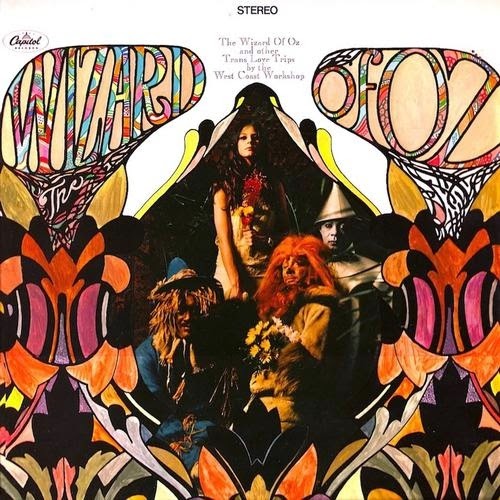 The West Coast Workshop - The Wizard Of Oz And Other Trans Love Trips. 1967 Capitol

This one came up via the CD-R revisit project and is being promoted from the main list. I've had this one a long time, having been fed a copy by my old friend ProgCzar about a decade ago. Like many major label US psych albums, this title remains elusive for legit reissues. There is at least one pirate of this album, so watch out!

The West Coast Workshop is one of the better exploitation albums you can hear. It's primarily orchestrated pop music geared for a mature adult crowd. That is until they break into these cool long jams featuring flute, tablas/hand percussion, and sitars. In the end, you have a "psychedelic" version of the original soundtrack + a handful of originals. Get hip man. Solid. As one online zine (Scram) states it's "easy listening gone horribly awry". Well said.

Priority: none
Posted by Purple Peak Records at 7:22 AM