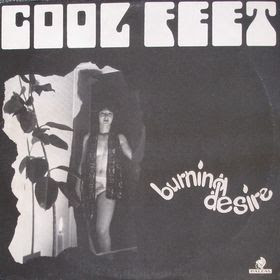 This is one of the most expensive of the many underground albums out there. Regularly fetching 4 figures, it's not too hard to understand why Cool Feet has such a reputation. Blindfolded, you could swear you were listening to some newly unearthed private hard rock album from the US Midwest, say Toledo, situated perfectly on the road from Ohio to Michigan. It has that small dive bar vibe, as patroned by Local Number union members. A 4 piece, with dual guitars and a gruff vocalist, Cool Feet pretty much delivers kickass hard rock from start to finish. There are a couple of stinkers to endure, as they gave at least a little lip service to their commercial aspirations. Though for me the big surprise was the early Scorpions influence, primarily from "Fly to the Rainbow" through the "Virgin Killer" albums. Truth be told, there aren't that many continental European hard rock bands in this style (Belgium's Kleptomania and Vacation also came to mind), and certainly less that remind me of primo era Scorps (though without the Uli Roth psychedelic influence unfortunately). Word down at the soup kitchen says that the album was apparently slated for a CD release on Garden of Delights and LP reissue on Amber Soundroom, but one of the members put the kabash on it. There's a built-in audience for this album, and you know who you are.

Priority: none
Posted by Purple Peak Records at 7:36 AM