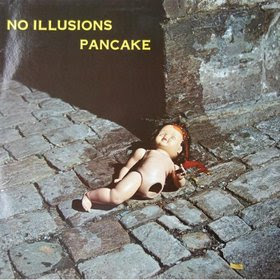 Thanks to a comment from reader Jim D, it appears GoD has re-added Pancake's final album "No Illusions". For my money, this is their best album and I'm glad to see GoD has reconsidered.

I haven't mentioned it prior, but it's been on their site a few months, that Garden of Delights also plans on releasing a second archival album by Tetragon called "Agape" from 1973. The first one, "Stretch", was quite good and better than I expected. So we'll see!
Posted by Purple Peak Records at 7:35 AM