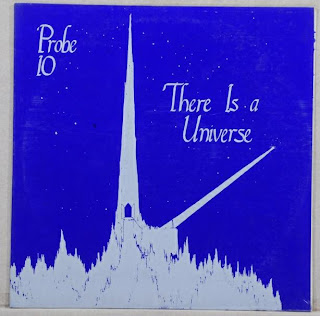 Lion Productions has officially announced their intention to reissue the fantastic 1975 album from Probe 10, including some bonus tracks! Label owner Vincent tells us to be patient though, and it probably won't be released until 2013 or so. Fine with me - I'd much rather it be a first class production than a rush job.

This is HUGE news for the CDRWL (and we played a small role in the events as well).

You can read my fanboyish ramblings of the album here.
Posted by Purple Peak Records at 6:03 AM

Wow..That's GREAT news! I spoke with Jim Mc Gee, the band leader a couple of years ago and he did not seem interested in re-issuing the album. I still have an extra copy of the original LP sealed .