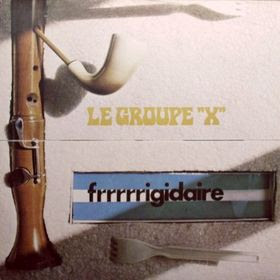 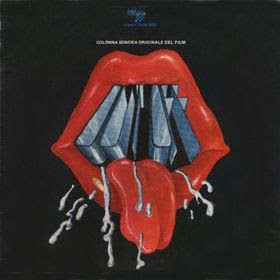 Both albums are good examples of the Italian style of incidental film library music (see the Eddie Warner post for more details on the music concept). "Frrrrrigidaire" is the more developed of the two from an album listening perspective, though "Out, Off" has more creative passages. Would make a good 2-for-1 CD.

On Jan 18, 2001, I wrote for Gnosis concerning Frrrrrigidaire: "Interesting, and very obscure, Italian band with 2 albums. Frrrrrigidaire is unique in the annals of the vast Italian progressive rock scene. Instrumental, jazzy and at times even a lounge sound pervades. The album is a fun listen and I can imagine being a minor hit with the those that engage in the Retro-club lounge scene or those that seek out albums that would make a great soundtrack to 70's films. Hardly an essential item but still worth a spin and can be considered a good nightcap type of album. No reissue exists of this, so a high priced original is the only option. However, the gimmix foldout cover is a reason to seek out for vinyl collectors."

Priority: 3
Posted by Purple Peak Records at 7:31 AM