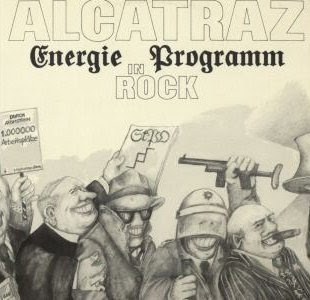 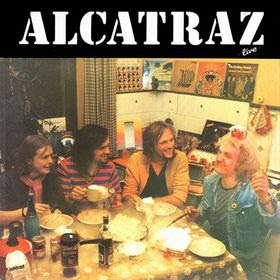 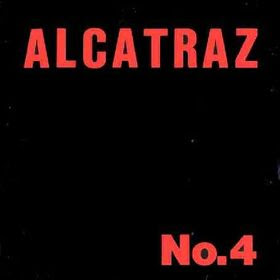 Absolutely one of the strangest bands to ever come from the original Krautrock era. Their debut "Vampire State Building" is an excellent jazz tinged Kraut fusion album - very much a product of its day and certainly a classic of the genre. It was originally issued on Philips and reissued by Long Hair a few years ago. Had they stopped there, they would've been like countless German one-offs from the early 1970s. But they resurfaced in the late 1970s, not as a pop band like most of their former brethren, but a totally off the wall band, who changed style from album to album. "Energie Programm in Rock" mixed complex progressive rock with polit-rock vocal sections. Because of the difficult music presented, it recalls the band Oktober or perhaps P.P. Zahl. But on their next album "Live: Trockeneis zum Frumstruck" they had switched gears entirely and tried their hand had instrumental jazz fusion. Then "No. 4" demonstrates an excellent guitar fronted hard rock album similar to perhaps Mahogany Rush. They continued into the CD era with at least 4 more albums - the only one I'm familiar with is "Holm" (1998) - a German language progressive rock album with some metal and some truly progressive segments. Their last album, that I'm aware of anyway, is from 2002. It's hard to imagine a group that's been more "progressive" than Alcatraz over the years, other than maybe Embryo, and even the latter has been more predictable. Not all of it works, but there's no question the non-commercial stance the band has chosen. Completely defies categorization. Bizarre really.

Priority: 2
Posted by Purple Peak Records at 8:48 AM

Tom,
Thank you for the review http://www.youtube.com/watch?v=8aAWNnhweXs

Hi,
i saw Alcatraz in the late 70ies (or maybe early 80ies?) in the best Music-Hall in Northern Germany ever, it called "Auenland" in the small Village Sülfeld near Oldesloe.

I never forgot the name of the Band because of their unique stile but never found a Recording of them.

I have contacted with Tom (http://www.youtube.com/user/bluesandall), author of video http://www.youtube.com/watch?v=S7d6v7XaWrU this song "Two Waves" was played on Klaus Holst funeral, the video was prepared by Tom for Klaus family and friends.
if anyone is interested in the album No. 4, Tom sent me this link http://cgi.ebay.de/ALCATRAZ-No-4-Audio-CD-vierten-LP-/300569487244?pt=B%C3%BCcher_Unterhaltung_Music_CDs&hash=item45fb56678c#ht_2098wt_1139