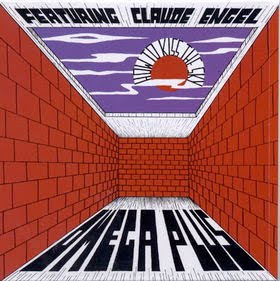 Featuring Claude Engel on guitar (later with Magma, Dayde, Univeria Zekt and many others), this is generally considered France's first psychedelic record (see also Dickens, Octopus 4 and Popera Cosmic). Interesting to note that Engel himself, on his website at least, does not even reference this album. I don't know why not, as it's not a bad example of the Hendrix psych sound, and with the addition of flute, adds more than the usual copyist acid psych rock that many American band were doing during this time. Also includes one long free rock improvisation that's pretty interesting. A short record, that doesn't even break the 30 minute mark. A CD label would be wise to pair this with another psych obscurity - again, perhaps the Dickens album would make a good companion. Naturally a bootleg exists already, not surprising given Engel's disassociation.

Priority: none
Posted by Purple Peak Records at 8:50 AM

Labels: Omega Plus, Priority none