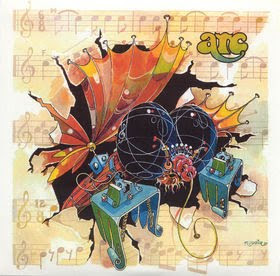 Earnest attempt to recreate the Ange / Mona Lisa style of dramatic French language progressive rock. Similar to other such efforts like Elohim's "Le Mana Perdu" (1983), Trefle (1979) or Elixir's "Sabbat" (1987). It's a distinctly French form of rock, and for what it is, it's pretty good. Don't expect Ange though.

Priority: none
Posted by Purple Peak Records at 7:56 AM

This one is available on CD.
I have ordered it in US 2 years ago.

That's a bootleg on Tachika (a fake Japanese label based here in the US). We do not count bootlegs as "reissued on CD".