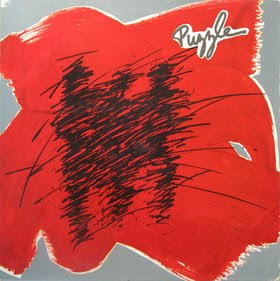 A well executed psychedelic guitar driven album, released at a time when very little of this style was available on the market. Perhaps only Cincinnati's Ra Can Row could be called out during this era. There are some really sizzling guitar freakouts here. And actually a few well-thought out melodies, which is not something inherent within the genre. But Puzzle has one fatal flaw. And it's the only thing keeping me raving about it: The dreaded drum machine. Had they employed a real drummer, I would enthuse more about it. Naturally enough, the keyboards are all 1980's era synthesizers too, though the guitar fortunately remains the focus. A fine album overall.