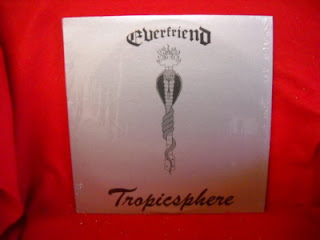 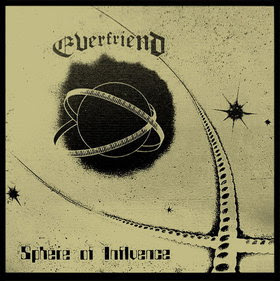 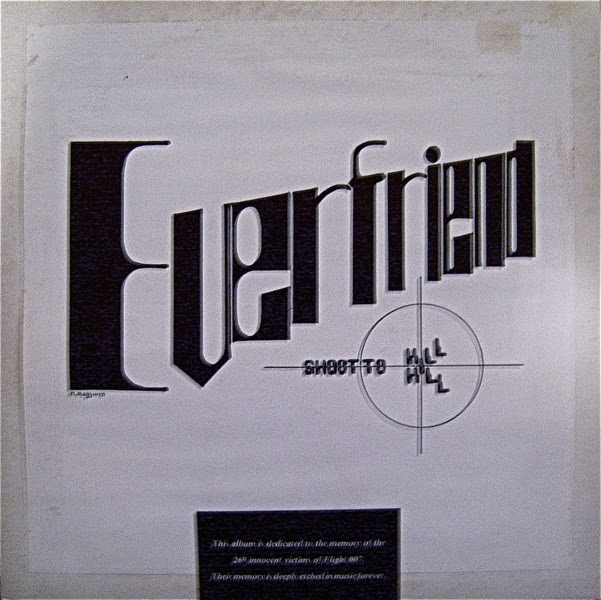 Here's the final album of the last batch from MM. He had sent me Sphere of Influence a long while ago, and I decided to hold off posting until he tracked down Tropicsphere, which he'd already told me he had a bead on anyway. And here it is.

Tropicsphere starts off precisely in the place that the title suggests: The Love Boat basically. Breezy lounge styled jazz rock with trumpet, lightly amplified electric guitar, Rhodes piano, and lush dreamy female vocals. And then suddenly... ...suddenly it goes all Hatfield and the North. The drummer, who was going bonkers even on the slow commercial numbers, decided enough was enough, and it was time to start jamming! Here come the synthesizer solos and Northette styled vocals, and now we have something worth talking about! Now that the band has been "outed" as it were, all pretense of anything but keyboard driven Big 3 progressive rock are brought forth. Flip the record over and we start off with a flute driven jazz rock number. This is followed by a classically oriented harpsichord medley. And so it goes getting more and more progressive... a very good album overall.

Sphere of Influence (apparently the band likes the name Sphere) is quite similar in its diversity, though IMO a step down from the debut. In researching the record, I see that Prog Not Frog has posted this one, with the following excellent review: "(Sphere of Influence) displays an interesting mixture of styles, from spacey and classically influenced keyboard pieces featuring tons of vintage gear (including Mellotron!) to full-blown complex symphonic prog and even some weird synth-fronted jazz-rock. This one could only have come from the US prog underground. It just totally has that "feel", if you know what I mean." And yes, I completely concur about the "feel" part.

Everfriend were from New Jersey and, perhaps predictably given their music "sphere", later relocated to Florida.

May 7, 2015 update: Well, we thought we'd closed the book on Everfriend, but the ever enterprising AC has dug up a 3rd album, unbeknownst but to a few, perhaps only the band themselves. I think they should have named the album Sphere to Kill? Oh well...

So AC, what do we have here? "The third, final and undoubtedly most obscure Everfriend album sees leader Bill Rhodes (real name Ruprecht) in the latter stages of his (perhaps unfortunate) transition from prog/fusion band leader to typical 80s bedroom solo synth wizard, a path he pursued into general obscurity with many forgotten releases through the rest of the 80s and early 90s. The result here is a first side of embarrassingly goofy song oriented synth/drum machine pieces and a more serious side-long electronic suite that's kind of interesting and atmospheric at times, though ultimately falling far short of greatness. Has some period interest, as the then-recent Flight 007 incident that this piece is themed after was definitely one of the flashpoints of that particularly "hot" period of the Cold War, but that will only take you so far. Kind of a sad end really, as the first two albums, while not classics by any means, had some real moments of interest. As a side note, this has to be one of the most homespun looking LPs I have ever laid eyes on, consisting of nothing but a couple of black and white paste-on covers on a generic white sleeve, an insert that looks like it came straight out of an old typewriter and a laughably cheap and flimsy vinyl pressing."

And with that.... Well, yea, time to close the book on Everfriend methinks.

Priority: 3 (for Tropicsphere)
Posted by Purple Peak Records at 5:00 AM

I used to have TROPICSPHERE. Again, one of those $1 records, at a show. Nice in spots. Couldn't get over the loungy stuff, though. Sold it a few years ago, before anybody even heard of them.