News: Garden of Delights to release live May Blitz Show 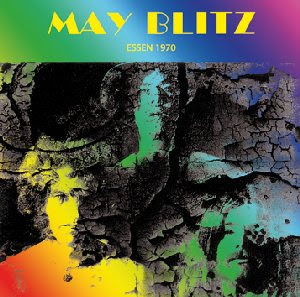 Garden of Delights, via their non-German oriented Thors Hammer imprint, will release an archival live show from the UK based power rock trio May Blitz called "Essen 1970". GoD has released some other Essen shows in the past most notably from Xhol Caravan. I think this one could be interesting, as it would seem that May Blitz could be an adventurous act in a live setting. We shall see!

Label says: "On Tuesday, 22nd October 1970, the group performed in the Gruga hall at the third Essen Pop & Blues Festival. The event was recorded semi-professionally. The recordings could be purchased from the promoters and were re-mastered in a studio with great effort and care. The sound, however, is naturally not as good as that of the two studio LPs. The 32-page booklet contains a long band history in German and English, photographs, a detailed discography, numerous cover and label repros as well as a personal retrospective report by guitarist and singer James Black. A must for collectors. It is the first legitimate release of a May Blitz live recording and is released both as LP in deluxe gatefold cover and as CD."
Posted by Purple Peak Records at 8:14 AM

Hi Tom-
Just wanted to let you know that Garden of Delights website is listing the following in their upcoming list:
PANCAKE: No illusions (1979)
Thanks for all the great info you provide.
Jim Decker

Ah cool! Thanks Jim for letting me know!