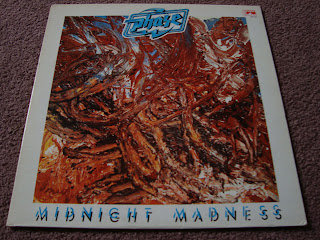 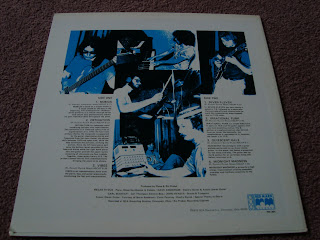 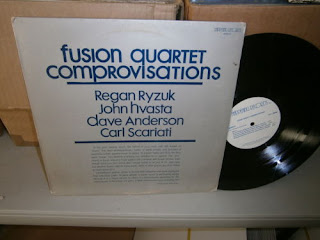 This is the final album from the original November batch that Midwest Mike sent in. It was the one he was the most enthusiastic about, as he knew it was a great discovery. So good in fact, it created a firestorm behind the scenes. And thus its delay in getting this posting out.

It's almost hard to believe an album like this can remain completely unknown until 2012 (neither version is listed in RYM (like many of our titles, Isabel has been kind enough to have now added these to RYM!) - and I just added it to Gnosis). Especially considering there were two full pressings of it with local distribution in a large metropolis area like New York / New Jersey. And with the locale in mind, it didn't take long for Modulus owner Ken Golden to track the band down. They're practically in his backyard! And it's official: Phase will be Modulus' 3rd release after Het Pandorra Ensemble and Randy Roos (BTW - those two now have a street release date of March 25).

Regan was a huge prog fan in the 70s. Keith Emerson and Chick Corea are an influence and you can hear it in many of the compositions. When we met he was recounting his memories of seeing PFM at Central Park in NYC back in 1974. This is going to be a fun album to work on.

The 1981 re-issue (vinyl) is still available, from therecordlink.net, for $15 + shipping. I just ordered a copy.

I just missed an original pressing of the album. Someone had it listed on their web site (not ebay). Fairly cheap, I think. The guy emails me back "Just sold it this week". That's a nicer score...Your friend AC maybe?
Once I saw the cover of the second press, I remember seeing this at a record fair here in NEW ENGLAND, a couple of years back. Never bothered, as I thought it was free jazz, which I don't care for.

Tom-
This has just been released by LaserCD.

In this case, I did already buy it and it's here (and it sounds great)! I usually don't announce the albums once they get released... however, I will put a feature post on Unencumbered Music Reviews very soon!