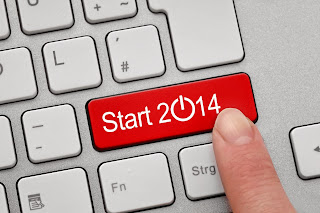 Has it been that long? Well the website, in one form or another, has been alive since early 2003. I don't remember the exact date I launched it, but it was in January. So I've just kept the tradition of Happy New Year and..... Happy Anniversary, Happy Birthday for the CDRWL.

So what trends did we see in 2013? I think the continued rise of the revival of the LP is the number #1 story. We saw quite a few albums this year in the CDRWL receiving an LP reissue for the first time, but not yet a CD. These include Charlies, Kvartetten som Sprangde, Resan, and Mad Curry. And of course, some new bands are releasing LPs first, and CD second - maybe skipping them altogether. Then again, I've seen groups release albums only on cassette. Now that's just silly IMO. What's next? 8 Track tape? Reel-to-Reel? 78's? 16's? Though the calls by some folks that the CD - or any physical medium - is going to be extinct in our immediate future is nearsighted at best. As a long time collector, it's exactly these down times in an industry that creates the future rarities. Those who kept buying LPs in the 90s are doing quite well today with their investments (and that includes me). And I don't think we're even at that stage yet - say where the LP was in 1995. CDs are still the predominant format for releasing music. The commoditized popular music industry may go download only, but really who cares about them anyway? I have plenty of LPs worth about 5 cents now too - all of them items I could buy at my local K-Mart growing up in the 1970s. And owning download files is about as gratifying as owning a famous painting.... as a .jpg file. And the thought that no one will actually pay for recorded music going forward is crazy. I've heard the argument that live shows,  T-shirts, and beer mugs is where the revenue stream will come from, but that's not going to cut it. For the type of music we collect (and that's a broad base), physical assets will still be in demand. The totals may have shrunk, but they're not going away. And when the current (younger than me that is) crowd that has dumped their CDs - because they thought it was really cool they could fit 30 shelves worth onto their MP3 player - start to get nostalgic about their old CD collection - they'll be back in the market looking to repurchase. And then there will be no supply. And then what happens? Prices go up. Neat how that works. OK, Economics 101 is over...

As for the CDRWL, I expect we'll keep the pace of 2013. I'll probably have one to two Rarities Sessions, which is now almost entirely dependent on my generous donors to the site. We should have one starting pretty quickly here - and maybe we'll have another one later in the year. As well, I will be continuing the CD-R revisit project (I'm doing a lot of replacing with CDs or LPs - or deleting them altogether). This project goes beyond the CDRWL, but as albums come up that should get their own post, I will be sure to add them as I go. I expect this to be a multi-year project. And of course I'll be adding relevant News items as I have years prior. We saw a slight downturn in the number of announcements this year, but nothing overly significant in my mind.

And my next post, which I will share tomorrow, will be a similar exercise to last year's popular anniversary post: A revisit of an old CD Reissue Wish List and where are they now?
Posted by Purple Peak Records at 6:00 AM