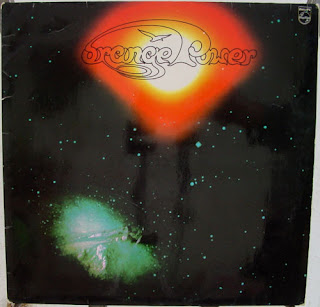 Intriguing progressive rock album from Austria. Patterned after the early 1970s UK scene, primarily the Neon, Dawn, and Vertigo label styles, rather than the Big 3. Varied, as those British bands were, but pleasant throughout. Even the vocals in English aren't as heavily accented as usual. Not an easy one to typecast. Would make for an interesting reissue. Orange Power has two more albums from the 1980s which I haven't heard.

Priority: 3
Posted by Purple Peak Records at 7:55 AM