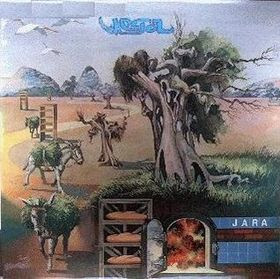 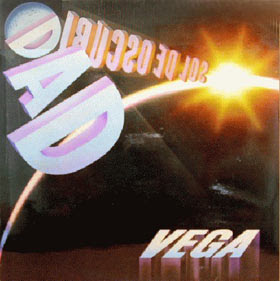 In the early 90's Fonomusic released most of the classic Movieplay progressive rock albums on CD (terrible bare bones packaging, but legit all the same). But curiously the Vega's were ignored. Then in the early 2000's, Fonomusic was back - this time with much more elaborate tri-fold digi-pak's and better sound. And they picked up Vega's debut "Andaluza" while they were at it. But curiously, again, these two Vega albums were left behind. "Jara" is a fine flamenco fusion album - not aggressive rock as with other Andalusian bands such as Medina Azahara, Mezquita and Triana - more of a refined cocktail sound. Twelve string acoustic flamenco guitars and rhythms combined with Rhodes, flute and a lightly amplified electric guitar define the sound of Vega. Both "Andaluza" and "Jara" feature remarkable paintings, two of the finest that ever have graced LPs. Oh, this is Tomas Vega, not to be confused with Daniel Vega, who also put out a nice progressive fusion album (and reissued last decade as well).

Priority: 3
Posted by Purple Peak Records at 7:34 AM