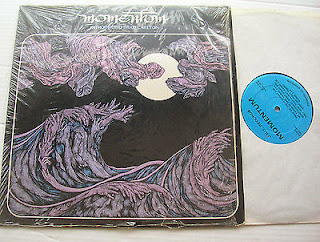 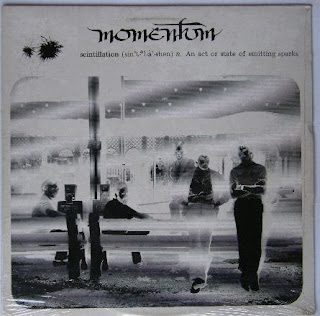 According to longtime Gnosis collaborator Bogdan, Momentum apparently has a debut album from 1980. Thanks for the info!

(5/29/14 update): And a special thanks again to MM, who provided us with the Scintillation album, we now have a copy of Momentum's debut that Bogdan mentions above. And it becomes clearer why these albums have such a strong guitar presence. Brad Carlton is indeed that player, and he is also a guitar teacher (in fact he has a nice set of instructional videos on YouTube that budding guitarists can learn from). I personally really appreciate Carlton's tones, giving both of Momentum's albums a strong mid 70s feel. Once again, there is some dated early 80s styled funk jazz to sit through, but one is never too far away from another cool biting fuzz guitar solo. There's some nice piano work too. Both come highly recommended for fusion fans.

Priority: 2
Posted by Purple Peak Records at 7:37 AM

"Scintillation" is their second album. Their first, is S/T, from 1980.