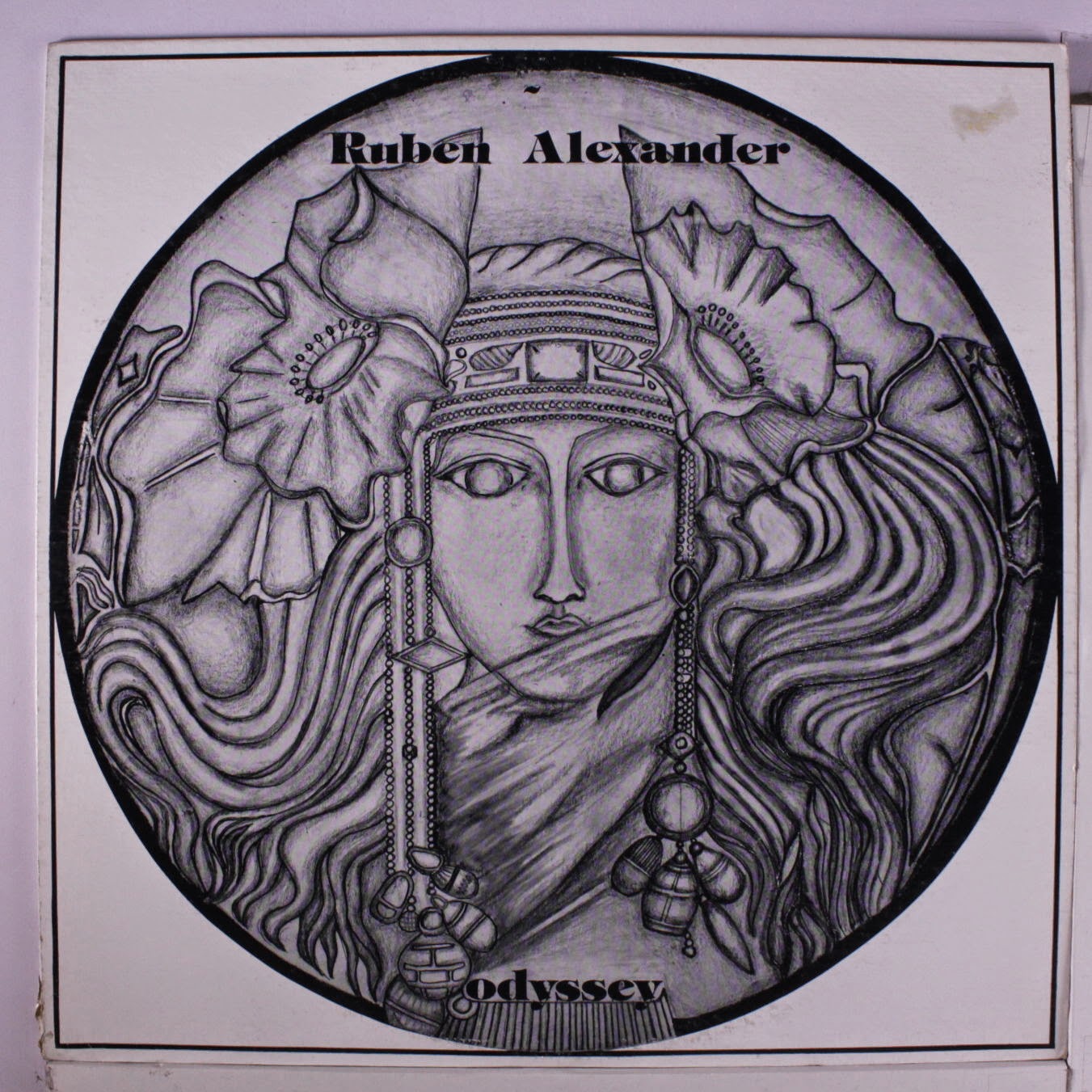 And now for the final submission from The AC's last grouping of splendid rarities. As with yesterday's Bagel O'Fun, I didn't necessarily save the best for last, but it's still worthy of mention. The AC tells us: "Who exactly was Ruben Alexander? Just some kid from Gary, Indiana who played in his local high school orchestra. It seems that he ended up at the university in Bloomington (ed: Indiana University) (immortalized in this era by "Breaking Away"), but like many other young Midwesterners of the day, he was enamored with progressive rock and happened to be a pretty talented musician, so he got together a couple of other local players and decided to record and publish his very own LP. The instrumental palette here is a bit unusual, as he used only an acoustic piano and a couple of classic synths (Moog and ARP), along with a drummer and acoustic guitarist (and it's all instrumental, no vocals). You might expect this to produce a somewhat sedate sound, but that's not always the case, as the compositions tend to be on the dense side, and the drummer and guitarist both play in a very active style. Musically, this exists somewhere between homemade Midwestern prog (you know it when you hear it) and complex classical rock, although the instrumentation and Alexander's original compositional style make it fairly unique. Most of the pieces are quite compact, but the best is saved for last, with the nearly side-long title track, ending triumphantly with those vintage synths soaring off into the horizon in classic symphonic prog style. Cool cover art as well, drawn by none other than Mr. Alexander himself. "Charming" is not an adjective I often use to describe an album, but I think it's fitting here."

And since I happen to be a big fan of the old-fashioned acoustic piano, it is a true joy to hear the very talented Mr. Alexander tickle the ivories. The album has a pleasant demeanor throughout, perfect for a sunny afternoon in the park. If I could be allowed to critique, the melodies seem to call upon all too often, especially on the first side, 'Linus and Lucy' (Peanuts theme) and after awhile you kind of want Robb Flynn to jump in and start yelling obscenities over massive slabs of thrash to release the niceness. As The AC says, it's all so charming and well ...  nice. I suspect that since Mr. Alexander grew up in Gary, Indiana, then this would be his personal antithetical response of his own upbringing - as Gary is the pure definition of urban blight, and is now one third the size of its peak 50+ years ago, with many abandoned homes. Of course, Gary was also home to the little known Jackson 5... Anyway, Side 2 does cross over into more classically composed rock territory with some fine synthesizer runs. The latter representing the progressive rock genre almost by itself, perhaps reluctantly so.

Special thanks goes to The AC for a really fantastic batch of rarities this past Fall. Hope you're doing well up in Alaska, my friend! Next up will be a fresh set of CD-Rs that were just sent in a couple of weeks ago by Midwest Mike. More to come!
Posted by Purple Peak Records at 6:00 AM