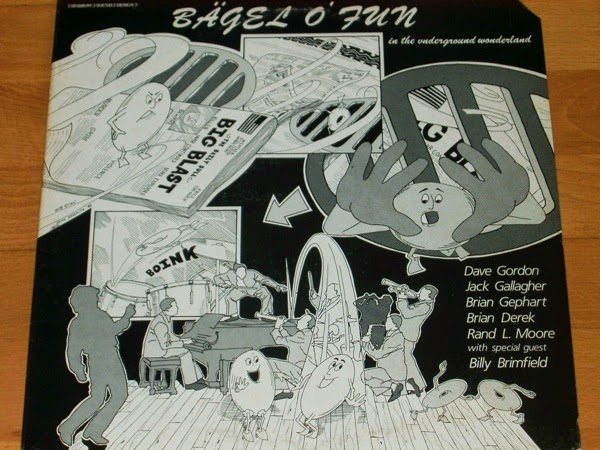 Still have two more to report on from The AC's last batch in October, that I have archived here. Here's his take: "This group had their roots in Boston, at the Berklee college, but eventually ended up in Chicago, where this album was recorded. It starts out very promisingly with some energetic, edgy jazz-rock, complete with organ and some absolutely ripping electric guitar. Unfortunately, all the momentum they've built up quickly dissipates, as a lengthy freeform excursion follows which eventually becomes too fragmented and tedious, with lots of obnoxious squawking sax. Then things change significantly yet again, as the last track of side one and much of side two mellows out into a more moody, introspective light fusion. Just when you're starting to nod off, they crank up the power one more time, with another track of aggressive guitar-driven jazz-rock. Oddly enough, the album closes with a dark, experimental percussion piece. The problem here is that these guys couldn't quite settle on one clear identity for themselves. Interesting, but not essential."

And, just as The AC says, the first track is one of those "head raisers". But it appears that their formal training in all aspects of jazz ended up coloring this work in a negative way. For fans of early 70s rock-jazz, late 70's smooth jazz, as well as experimental free jazz, then I suspect this one will resonate. I suppose they were trying to create an underground wonderland, but it's too Art School for general acceptance though.

Two excellent tracks and a lot of - albeit interesting - filler.

Priority: none
Posted by Purple Peak Records at 8:10 AM