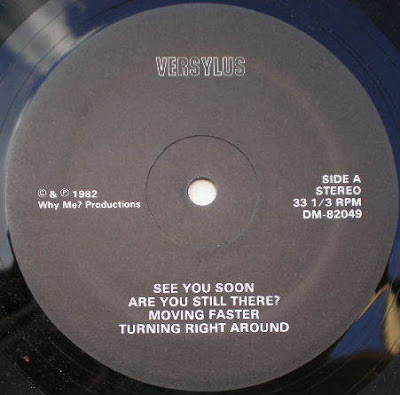 New Jersey based group who put out this "hedged" progressive LP and held out hope that the AOR/commercial songs would take hold and send them to the big time. That strategy never did work. The progressive cuts are nice, showing an almost neo approach to the early Genesis sound (guessing here that the band probably wasn't aware of what was going on in the English underground at this time). There's also some nice Gentle Giant chorus-counterpoint bits to grab hold of. Pretty decent for a self produced album. I think there were no covers - just released in generic white sleeves.

Priority: none
Posted by Purple Peak Records at 7:43 AM