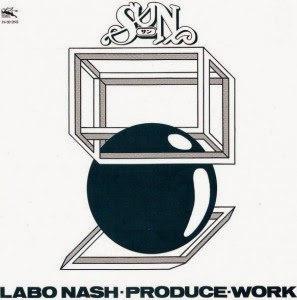 This title's been bouncing around my e-mail for over two years now, but I hadn't connected the dots on various conversation about it. And recently The AC sent over a copy for me to check out.

In some ways, this album foretells the future of Japanese progressive rock as we find in the 1980s. There's a large scale bombastic "concept album" feel to the proceedings. A proto-Teru's Symphonia as it were. And, as we hear more typically from South Asia, there's quite a bit of lounge crooning in addition to the choirs, string quartets, and - of course - a couple of full blown instrumental progressive rock numbers to keep the collectors salivating. This album is seriously rare, and it's not too bad actually. Probably better suited for a compilation of rare Japanese gems though, than as a straight reissue.

The AC gives us even more in-depth insights, as well as who is behind the work: "Now this is an odd one. Based on the cover, one would think that the band's name is Sun and the album is entitled "Yume No Michi" (road of dreams), but looking inside the sleeve reveals that this is actually a sort of conceptual work composed and produced by an Osaka studio collective called Labo Nash, with the assistance of a rock band named Virgin House and a local youth choir. It's a strange hodgepodge of styles, mainly consisting of light folky soft-rock (or what is generally referred to in Japan as "kissa rock") with girls' choir vocals, and some slick pomp/AOR style pieces. There's also some typical 70s rock, a string quartet piece, and even one lengthy prog/hard rock track that's not too bad, but not really good either. Despite being such an obscure release, the whole thing is very slickly produced, sounding like some big-budget major label American AOR album. A real head-scratcher, to be sure, but not very musically interesting. Quite rare (perhaps 100 or 200 pressed), but not worth the money."

Priority: none
Posted by Purple Peak Records at 8:19 AM