News: Charlies archival Jail Sessions to be reissued by Shadoks in May 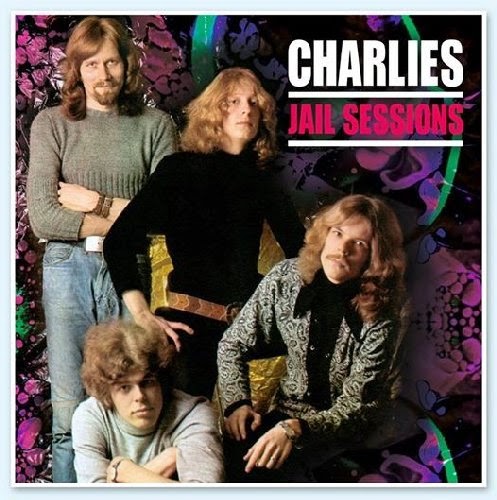 Shadoks continues to mine the great late 60s/early 70s Finnish hard rock / progressive band Charlies. This title, as per Shadoks protocol, had been released on LP already earlier in the year. This particular album is getting a fast track to CD without the usual 2 to 3 year waiting period. It appears to contain 4 additional tracks not found on the LP. I haven't heard the album yet, and didn't find any reliable reviews, but the label hype sheet does sound intriguing for certain: "After 'Musiikkia Elokuvasta Julisteiden Liimaajat' and 'Buttocks' here we have our 3rd release by the great Finnish band CHARLIES. This album was recorded in 1969 and 1970 in Charlies rehearsal room, an 'drunk tank' at the local jail, since Kari Lehtinen's father (later on known simply by the nickname ”Pitkä”) was the local police officer, so the band could use this room for playing and recording. After Charlies got the 1969 Julisteiden Liimaajat album done, and even though they got a lot of positive feedback from it, they never thought the final product sounded right. Pitkä (bass) and Eero (guitars) spent a lot of time considering how to deliver a much harder sounding album as a follow-up, representing the true Charlies spirit. They got the chance to make a new album, one that would be released by the famous Love Records label. The result again was only as good as the budget resources provided. Although in the end, the album Buttocks gained a good, hard reputation, they were never content with it. One night Pitkä said: ”Eero, we should have made our album from your tapes, the result would have been much different.” So the recording your hear now are those tapes the band was very happy with. Much heavier in sound, amazing electric guitar, 100% pure heavy underground sound. After 45 years this Charlies album comes out as the band wanted it to sound like with many alternative versions of songs from the Buttocks album and unknown songs as well. 100% pure Charlies!"
Posted by Purple Peak Records at 8:39 AM