News: Michal Urbaniak's Atma has been reissued. Plus more! 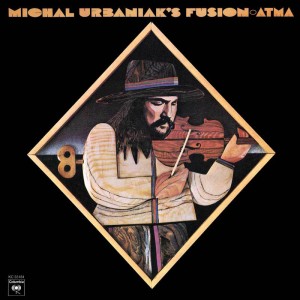 Some of you may recall our posting at the beginning of the year regarding Urbaniak's reissue of Inactin. Well yesterday we learned, directly from inside the Urbaniak camp, that his most highly rated fusion album Atma has just been reissued! And on WEA (Warner Bros.) Poland, so it should be easy to source as well! I found copies on Amazon (US) this morning.

In addition to this great news, we were also told: "There is also new (2014) pressing of "Fusion III" and "Body English" - first one also contains a booklet (first pressing on UBX label didn't have it), second just short new notes inside digipack." and "There will be a CD version of "Parathypus B"! Maybe this Q3-Q4 this year? We've got also extended material from his concert album "Constellation In Concert". But I think it will wait until next year, as in 2015 the priority are LP reissues. The LPs will be by "Atma" (1974), UrbSymphony (1994) and probably another 90s album. But I guess when the "Parathypus" will be released, it will receive a CD and LP version."

So exciting news all around for fusion fans!
Posted by Purple Peak Records at 8:19 AM