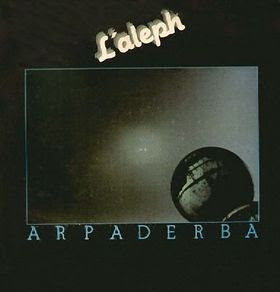 I first got a chance to hear this rarity while visiting a friend in Rome in 1994, and I noted it as one of the more interesting albums that I heard on the visit. It would be years later before I could even find reference to it, and I began to question the accuracy of my notes. Was this the right band name? Album? Finally, within the last few years, the album has resurfaced, and I've had a chance to hear it again.

Arpaderba are an instrumental medieval folk rock group lead by the former guitarist from Raccomandata Ricevuta Ritorno and Samadhi. Reminds me of somewhat of the bands coming out of Brittany during this time like Avel Nevez or an instrumental Malicorne. Very nicely played (especially the violin), with just a bit too much gloss in the production to have any major impact on the scene. Minimum Vital would later take a similar approach (though with Baroque as a blueprint) and apply much more firepower. Still a very worthy piece and a surprisingly different sound to come out of Italy.