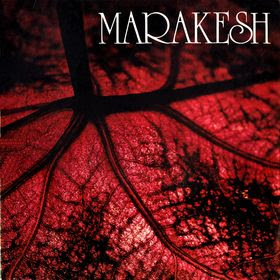 A pleasant, inoffensive primarily instrumental mid 70s progressive rock album. Reminds me a lot of the German bands of the era like Indigo and Fly. Especially the latter, given the saxophone presence. Keyboards are a string synth of some kind. What gives Marakesh a slight edge over their German brethren (in this genre anyway) is some inspired (and amplified) electric guitar work, and an occasional horn rock move with trumpet as a lead. The Dutch duo of related bands Mirror and Lethe are also benchmarks, though Marakesh weren't quite the masters of melody as those groups. One can see the transition from the early groups like Pantheon, Cargo and Earth & Fire to Marakesh and then onto the proto neo-progressive groups like Saga, a style that seemed to be an enormous influence on all modern era Dutch groups.