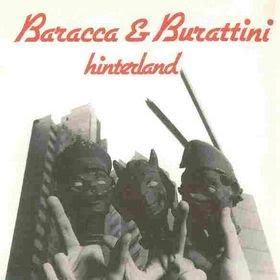 One of many Italian fusion albums from this period, influenced by the Cramps label groups such as Bella Band and late era Canzoniere Del Lazio. Also Perigeo should get a nod here. I also detect a slight Zeuhl underpinning, as noted by the chanted, wordless vocals. On the soft side of said genre, but definitely distinguishes this album from the pack. Band is named after a 1954 Italian film. Worth a few spins.

May 2013 update: I noticed today that the band has a new album coming out. I wonder if that will lead to a reissue?

Priority: none
Posted by Purple Peak Records at 7:17 AM

NEW: It is possible that Hinterland will be reprinted very soon on CD by label Electromantic Records/Turin Jazz Rock School,www.electromantic.com and the second LP "Trio+1" too!

Excellent news Luciano. I look forward to future news regarding this!