News: Handgjort album to be reissued on Silence 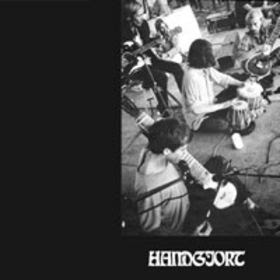 I'm a little late to the party on this one, but just noticed this while researching another Swedish band on the excellent progg.se site.

Apparently there's a new vinyl only label called Psykofon, who it appears has done the impossible - obtained a license from Silence Records, a label notorious to keeping things close to the vest. As you will see in the blurb below, Psykofon take their vinyl very seriously, which is awesome. Once in awhile, I'll buy a well made LP reissue if the originals are impossibly rare (and Handgjort qualifies - otherwise I would pay for the original even if expensive, just not terribly so) and are also one of my favorite albums (not so much in this case I'm afraid).

It's also apparent from the below statement that Silence themselves will reissue the CD. If so, that will be the first reissue from them in many years. Perhaps we can see the first Flasket Brinner in our lifetime! As well as some others like Anna Själv Tredje, Kebnekaise's "Elefanten", etc...

After over three years of preparation, Psykofon proudly presents Handgjort in an expanded reissue!

Exclusive replica, with handpainted covers by the band members once again! Original album remastered from the master tapes without digitalization! Bonus album recorded live at the festivals at Gärdet 1970 and 1971, all previously unreleased! 25 minutes of exclusive bonus material to the vinyl release. Strictly limited edition of 600 copies done with full cooperation of the band and Silence Records! 16 page booklet telling the complete uncensored story of Handgjort, featuring unique photos and lots of reproductions of original Handgjort hand painted covers!

We at Psykofon feel that this reissue is something very special. The mythical moody mystical cult vibe of the original recordings are well captured here with new original sleeve art by the band members, just like in 1970. This one is for real folks, and will surely blow everyone's mind! This edition is very true to the original in its feeling and the materials chosen for the issue. Featuring entire bonus LP with previously unreleased live material recorded at the Festivals at Gärdet in 1970 and 1971!! LP comes with comprehensive 16 page booklet telling the complete unheard story of this underground band. Handgjort is the first release from Psykofon Records.

Handgjort will perform live for the first time since 1971!!!

The release is a Psykofon and Silence coproduction.

Dear CD Reissue....
Just a quick note to say HOW MUCH I have enjoyed reading yr pages!
Really excellent....
One "ripe for reissue" album, (not too sure if you've covered it...apologies!) is the DON BRADSHAW LEATHER double l.p....
Best Wishes!
Steve Pescott (ex-writer for the Ptolomaic Terrascope...)
spescott1958@hotmail.co.uk

I do have the Don Bradshaw Leather in the main CD list, but haven't featured it separately yet. Supposedly United Durtro (the same Current 93 bunch behind the Sand-Golem reissue), was going to reissue in 2008, but that never happened. I haven't much since unfortunately.

Interesting to see this one being released, i remember hearing it about 10 years ago on vinyl.