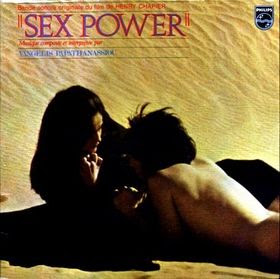 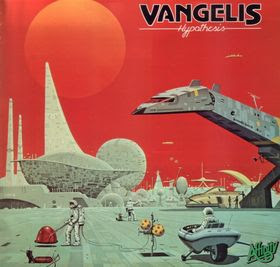 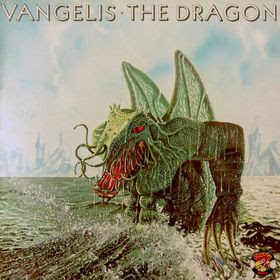 In the interim, let's get back to the archives from the main list. Obviously Vangelis needs no introduction, and his appearance into the CDRWL is odd indeed. But these three LPs have never been reissued to date. All for good reason, as I talk about below. Still, the album's are pretty good for what they are, and it would be nice to see Vangelis relax a bit here and let them loose. However, to be fair, it's his work and his legacy, so we have to respect that.

"Hypothesis" and "The Dragon" are loose rock jams recorded prior to his masterwork "666" with Aphrodite's Child. Vangelis treats these two recordings much in the same way as Klaus Schulze does with the Cosmic Jokers, in that he's distanced himself from them and claims they were never meant to be released to a larger audience. This argument can be further advanced by the fact that the LP's were released some 7 years later. And Vangelis successfully sued to have them removed from the market. Though not in time for them to proliferate world-wide. These two albums aren't particularly rare in original form.

Because of this circumstance, these albums naturally thrive in the bootleg CD market - unfortunately. For awhile it seemed the Sex Power CD (combined with another album) was authentic, but it proved to be "unauthorized" from a variety of sources.