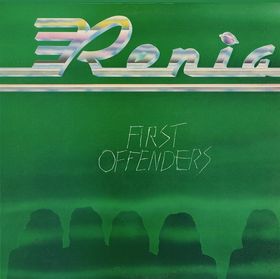 This one is a bit out scope but given the time, place, label and collectability, it at least deserves mention. Like the last few featured items, this is from the CDRWL archives (I hope to have some new discoveries for you all soon! Still working through some stacks of CDs and LPs).

In aggregate, Renia's sole output is a pretty dull UK early 70s rock album. There is some nice organ runs to keep it from being a total yawner, but ultimately this is the kind of album that make Fantasy's "Paint a Picture" seem like speed metal by comparison. Comparisons to Humble Pie wouldn't be out of place, minus the versatility of said group. Only track to put it in high gear is called 'Slow Down' ironically enough.

Priority: none
Posted by Purple Peak Records at 8:41 AM