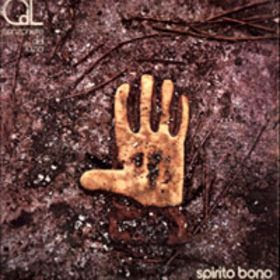 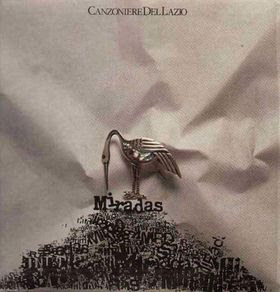 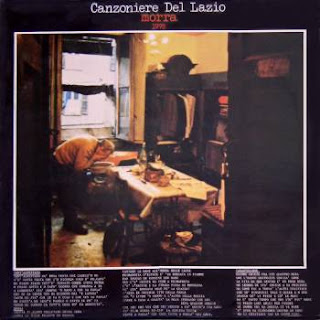 "Miradas" is an album I owned back in the early 90s, sold a couple of years later, and totally forgot about it until a friend sent me a fresh copy. It's better than I had remembered.

Ethnic folk group Canzoniere Del Lazio produced this one radically different album when compared to their other work. Very percussive, with an African flair, Canzoniere Del Lazio let loose with this mighty fine fusion album, not too far from what Area was doing at the time or perhaps the Bella Band, both acts on the Cramps label as well.

"Miradas" was reissued on CD by Mercury in 1994, but is long OOP and could use a repress.

Update 12/9/2010: I pretty much presumed "Miradas" was Canzoniere Del Lazio's contribution to progressive rock, and was under the impression all of their other albums were pure Italian folk. But that wasn't correct at all (their early albums are indeed just Italian folk), and "Morra 1978" is a very fine fusion effort, taking the reins of "Miradas" and running it into another dimension. Violin and saxophone are the main solo instruments, with percussion and female vocals continuing to play a large role in their sound. Well worth pursuing, and would like to see this one come out on a label like BTF. I also have been told that "Spirito Bono" is worth seeking out as well. (2/15/11 note: And yes indeed, it is. A bit more experimental folk, but a very interesting listen)

Priority: 3
Posted by Purple Peak Records at 6:13 AM

"Lassa Stà La Me Creatura", their second album will be rereleased in March
by fonè Records (a rather High Fidelty lable) hopefully others will follow.

This one is already very weird Avant Folk (only their debut is plain Folk).

There will be also a Bio about the bank in Spring (which might also contain Audio)
(it was announced years ago as having 7 CDs and a DVD, might not have this anymore now) (by Gerardo Casiello)

All the Best,
TheH

"Spirito bono" will be rereleased in July also.

All the Best,
TheH

A link to the Morra release

Thanks TheH. Yep looks like vinyl only so far. But I'm now most curious about that archival Nuova Idea album!

Me too! Found a short cample