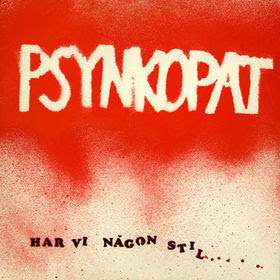 Primarily heavy progressive fusion mixed with experimental bits and a dollop of humor. If that sounds familiar, then yes, Psynkopat are indeed influenced by "Waka Jawaka" era Frank Zappa. The highlight of the album is the instrumental work, which remarkably manages to stay focused, with some fiery guitar - again emulating Zappa at his best. The sophomoric goofball elements drag it down considerably though. Other Scandinavian references are Storm (Sweden) and Dr. Dopo Jam (Denmark).

Priority:3
Posted by Purple Peak Records at 5:39 AM