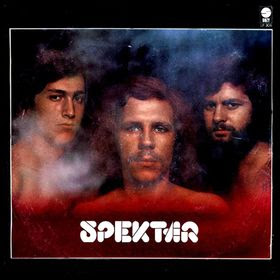 A keyboard trio, Spektar's sound vacillates between funk (lots of clavinet), progressive (with organ featured) and straight ahead rock with some marginal vocals. There's definitely some weeds to clear here, but underneath is some prime turf. All the 8 tracks are short. Probably the most obscure album coming from the former Yugoslavia, even more so than Izvir. Adding to the obscurity factor, Suzy was generally known for releasing straight pop music (mainly foreign), and Spektar was sort of the odd album out.

Priority: none
Posted by Purple Peak Records at 7:56 AM