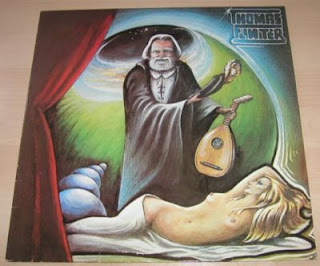 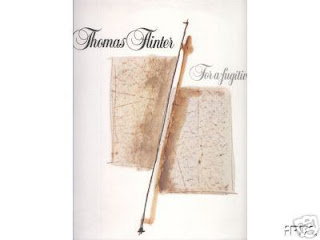 Thomas Flinter, named after a medieval troubadour, is another fine Dutch instrumental progressive rock band. There are a couple of vocals tracks that bookend this release. The opener seems to be a slight try for a radio hit, though at over 7 minutes - complete with complex instrumental sections - seems like an odd choice. The vocalist sings in a heavily affected baritone style and it frankly sounds goofy. The final track is a traditional, heavily rearranged and features chorus vocals. Musically it reminds me of early 70's Focus, though vocally it's closer to Gentle Giant. And, after the opener, I have to say I'm surprised by how good the vocals are here. Otherwise the album is a very fine instrumental rock album similar to Lady Lake or even some Finch, especially from "Galleons of Passion". An excellent album. "For a Fugitive" has way too much 80s gloss and lacks teeth. But compositionally it's pretty well done for what it is.

Priority: 2 (for the debut)

(The scans for these albums on the Net are pretty weak. I found these courtesy of popsike. I have the first LP, and it's one I would supplement with a CD. Great cover and a very good album. I sold the second one a few years ago.)
Posted by Purple Peak Records at 6:53 AM