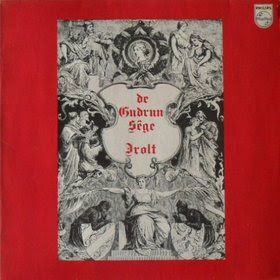 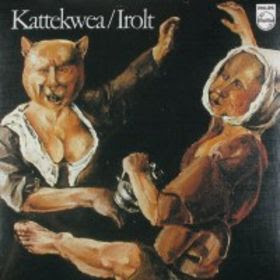 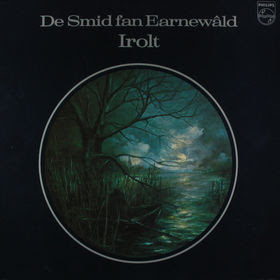 These three albums were sent in courtesy of StrawbsFan (thanks again!), one of our more dedicated folk experts. As stated prior, I'm not the world's most famous progressive folk fan, but I do have an appreciation of the genre. My issues probably stem from my early childhood when my old man would torture me with his Irish/Celtic folk collection (when I just assume go out and throw the baseball with him instead...) And we're not talking the good stuff either - I mean this was the hardcore gather-round-the-pub drunken singalong stuff. But after hearing bands like Mellow Candle and Hoelderlin's Traum, that provided a whole other dimension of the folk genre for me, and I know many of you out there are big fans, so I'll report what I can with my somewhat limited knowledge / palate.

To my ears, Irolt straddle the line between progressive and contemporary folk. This is primarily acoustic folk with inventive arrangements. In this way, they are to folk what fellow countrymen Flairck are to classical music. I love hearing the Dutch language (Oops - correction. Thanks to reader Bas - the language is West Frisian. More info here.) , something that is sadly missing in almost all of the region's progressive rock recordings. If pressed for comparisons, I was most reminded of the German band Ougenweide or perhaps even the first Emma Myldenberger album. These are the Germanic equivalents of Fairport Convention and Pentangle. Though there's not really much of a rock element present here at all. Very professional and worth seeking out for fans. And the album covers are pretty cool too!

Priority: none
Posted by Purple Peak Records at 8:25 AM

Just a short comment on the language: I don't know this band, but judging from the album titles I would guess they sing in Frisian rather than Dutch.

Good point Bas - looks like you're right. West Frisian it appears. I'll update. Thanks for letting me know!