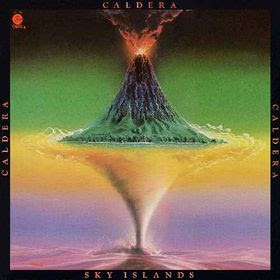 Been meaning to post this for a couple of days. Out of the same series (EMI Japan) that sees the reissues of The Fourth Way albums, comes the second Caldera album. The first album was reissued years ago in Europe on EMI (2004). I haven't gotten around to writing about any of these yet, though I put a placeholder in the main list last year (which is more than I did for The Fourth Way).
Posted by Purple Peak Records at 10:36 AM

Sky Islands was recently reissued again, this time together on one CD with the first album Caldera. Label: Soul Music Records SMCR 25102