News: Rictus debut to come out on Strawberry Rain! 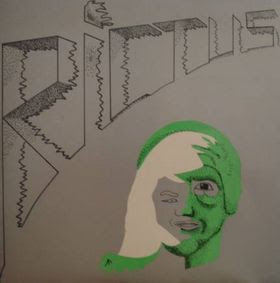 Here's one that comes out of left field! Rictus band member Roland Brultey wrote in yesterday to let me know about this exciting development. I wasn't familiar with the Strawberry Rain label prior, and one look at their website showed a few other interesting releases, mostly from Indonesia. Apparently they are based in Canada, and it looks like a label worth following.

I asked Rol if the album was from the master tapes. His response: "No original tape, but a very good transfer and a restoring job which is made by one of the people restoring the Virgin and Atlantic catalogs. And on the CD, there will be bonus songs, and many photo's and an insert with the history of Rictus. I think that makes you happy guy!". And indeed it does makes me happy guy!

Thanks again to Rol for this exciting news. And to Carlos for the introduction!

We featured Rictus a little over 2 years ago.

November 2, 2012 update: From the label: "Reissue of a rare, 250 copy private press progressive rock album from France.  Recorded on a 4 track Akai in the small town of Luxueil-les-Bains, this album was only sold at a few shows and in one local shop.  Pressed at the small Le Kiosque D’Orphee pressing plant, this was truly a private offering with the band having made and glued the covers themselves.  A long album, including the 14+ minute Theme Guerre, the music spans from lo-fi fuzz laden garage sounding numbers to strong progressive songs with numerous bridges and changes. Conceptually a Rock Opera, but plays like a full length progressive album that could rival anything from France at the time.  Remastered with wonderful sound quality, this is sure to open the ears of many who’ve overlooked the band until now.  Limited edition one time pressing in heavy paste-on sleeves, including insert full of photos and history of the band as told by Rol Brultey himself.  LP limited to 550 copies, CD limited to 1000 and includes bonus songs not included on the original album.  Shipping late this month, in shops by November 2012."
Posted by Purple Peak Records at 6:30 AM

Totally unknown label to me but I will take that one anyday :)
I have a few friends in the music industry up here. I will try to get some info on these guys

Yes, please let me know what you find out! Thanks StrawbsFan!